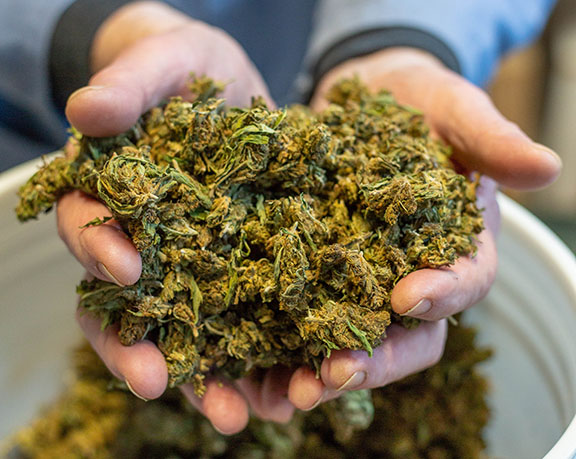 Cannabis remains the most widely used illicit drug in Australia, with a majority of Australians supporting the decriminalisation of cannabis and a slim majority support legalisation.

Given that the current prohibition of cannabis worsens, rather than reduces, harms. Some consideration for law reform is warranted.

Decriminalisation of small quantities of cannabis exists in the ACT, South Australia and the Northern Territory.

Despite nearly 30 years of decriminalisation, ACT and South Australia have the lowest rates of cannabis use in Australia (10.5% and 10.6% respectively, compared to the Australian average of 11.6%).

Decriminalisation models do not involve the legalised sale or cultivation of cannabis, merely the removal of criminal penalties for use and possession.

Research has found the following benefits to the decriminalisation of cannabis:

However, a key disadvantage of the decriminalisation model is that it has no impact on cannabis supply, allowing black market operators to continue to operate.

Sale, supply, possession and use of cannabis has been legalised in Uruguay, Catalonia, Canada and a number of jurisdictions in the United States.

There have been some promising findings from these countries including:

If cannabis is legally supplied, the number of people who come in contact with the criminal justice system will almost certainly be reduced, but little is known about the size of reduction. Likewise, the impact on drug treatment outcomes is unclear, although presumably, as stigma is reduced access to treatment is improved.

Research has found some increases in use among middle- and older-aged groups in legalised jurisdictions, but not amongst young people.

In 2020, the ACT partially legalised cannabis, allowing adult residents of the ACT to grow up to 2 plants per person to a maximum of 4 per household, or to possess 50g or equivalent of dried cannabis. The legislation has enabled the ACT Government to put in place numerous safeguards to protect the interests of children and young people. Under the legislation, use and possession is legal but sale and supply of cannabis is still a criminal offence.

No jurisdictions in Australia currently allow for the regulated commercial supply of cannabis.

Given the risks associated with the current black market in cannabis, 360Edge supports a cannabis legalisation model that includes regulated supply.

Best-practice controls are similar to controls over alcohol and tobacco, including:

It should be noted that although commercialised models have dominated global discussions, alternative ‘middle-ground’ legalisation models exist. For example, Vermont and Washington, DC have limited legal cannabis supply to home grows and gifting.

Other options for cannabis supply include government monopolies to allowing socially responsible businesses that do not exclusively focus on profit.

Addressing cannabis related harms requires re-thinking how we approach drug policy. The aim should be for a net reduction in harm, which is in line with Australia’s official drug policy. Currently, the legal status of cannabis increases drug related harms.

Legalisation or decriminalisation of cannabis use by adults, would allow resources to be prioritised on preventing cannabis use and harms by young people.

Read more here about the potential harms of cannabis use.